Bernie Sanders may not self identify as a Humanist, but he sure sounds and acts like one. no wonder my hubby is smitten with him. 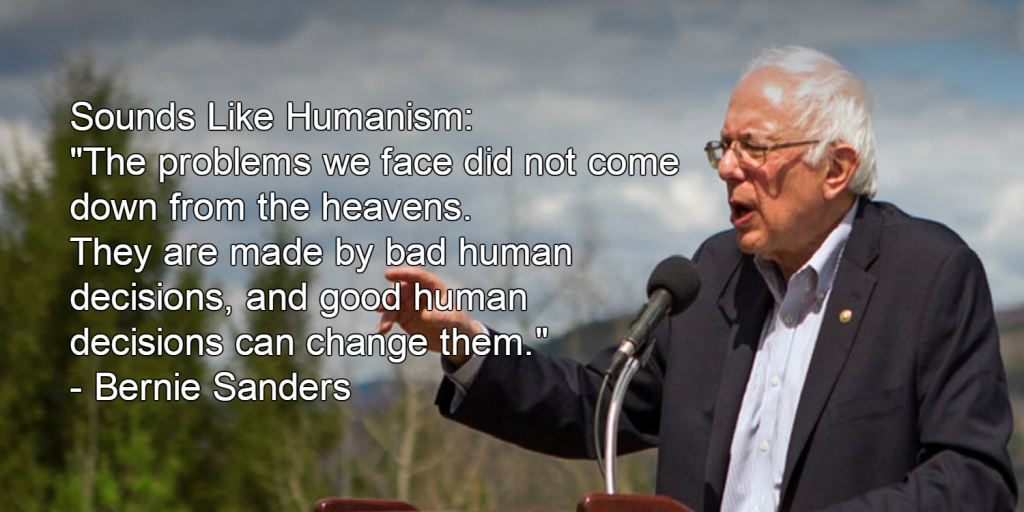 The above quote sure sounds like Humanism to me. Plus, according to the Religious News Service – Sanders is unabashedly irreligious. He identifies as culturally Jewish but not religiously Jewish. (http://www.religionnews.com/2015/04/29/5-faith-facts-bernie-sanders-unabashedly-irreligious/) He dislikes bible thumpers and was given a zero score by Ralph Reed’s Faith and Freedom Coalition.

But it gets better. He is working “for a progressive economic agenda that creates jobs, raises wages, protects the environment and provides health care for all.”

To sum up, he appears to be a progressive individual, who without religion feels we have the ability and the responsibility to lead ethical lives of personal fulfillment that aspire to the greater good of humanity.  Yeah – sounds like Humanism to me.