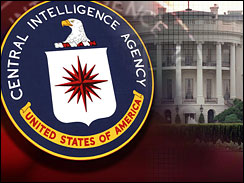 Ok – so, finally, the Bush administration seems to have gotten caught breaking the law.  Finally it looks like a court is actually going to investigate whether they broke the law and take action if they did.  Finally!  Ok – we can hope.

Welcome to Tape Gate.  Apparently, despite several court orders (and I think I heard a pundit on Countdown say there are at least 4 different courts that had issued such orders (Judges Kennedy, Kessler, Hellerstein, and Brinkema), the CIA has apparently destroyed evidence it was told to secure.   It didn’t and now, at least one court (Kennedy) has ordered an investigation to determine whether the CIA violated that particular court’s orders.  My guess is that this is the first of several such investigations we will see these different courts undertake as the ACLU has also asked Hellerstein to rule that the destruction of these tapes violated his FISA act ruling from 2004.

The Bush administration is trying to tell the courts that they don’t have jurisdiction, that this is a non-issue, etc.  However, I have said it before and I will say it again.  Judges don’t like having their order’s disobeyed and they have a funny way of determining for themselves whether they have jurisdiction or not.  So, after hearing from the US government, judge Kennedy has decided to hold a hearing to decide whether the Bush administration is in contempt for violating one of his orders.  I love it!  It is never a good idea to defy a judge.  They don’t like it.  And, they have the power to do something about it.

Finally, we may actually see some justice and hopefully these criminals currently running our government might actually be held accountable for at the minimum obstructing justice.

And, anyone who claims this is a non-issue; that there were no crimes committed to obstruct are liars.  Torture is a crime; water boarding has been explicitly illegal in this country and under our militaries code of conduct for years.  Destruction of these tapes hinders multiple investigations into whether or not this government broke the law by torturing people and this isn’t the first time they have been accused of obstructing justice.  In fact, Cheney’s chief of staff was convicted of obstructing justice in the past year – if I remember that scandal correctly. After all, there have been so many of them.  According to Hugh’s List – there are at least 291 of them – anyone remember the Dubai Ports deal?  And, he hasn’t even added tape gate yet.