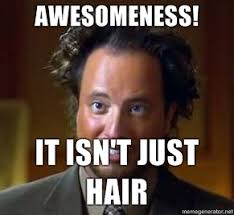 3 Reasons Why I Love Ancient Aliens

I love Ancient Aliens. Great show.  I am a Humanist and totally committed to a scientific and natural understanding of our universe.  And yes, I do realize that Ancient Aliens involves what is affectionately known s as crackpot science. Don’t care. Love the show anyway.   Here’s why: