Keep
it in Your Pants

So… Mark Sanford. Up until last week, he had presidential aspirations.
That was up until his affair went public. I have to say, I like Sanford’s wife.
She isn’t standing by him. In fact, what apparently led to his disappearance
was that she had kicked him out over this affair. Good for her. But back to
Sanford and his aspirations. He should have thought before he acted. If you
want to be president, then don’t have an affair. It’s gonna come out. I guess
he just didn’t want it badly enough. After all, it isn’t that hard to not have
an affair. You just have to think before you act and decide not to do stupid
things that are going to ruin your long term plans. Ahhhh, but apparently he
is really in love with this woman. His emails to her are very romantic. Not
at all like Prince Charle’s phone calls to Camilla or whatever Spitzer talked
about with his high power prostitute. On the plus side, he is in love with a
woman, which means his GOP base may forgive him even if his wife can’t. Lesson
for the day, if you want to be president keep it in your pants and think about
the consequences of your actions before you act. If you are incapable of thinking
before you act and acting responsibly even when under duress, then you are not
qualified to be president.

The Tragedy of Michael Jackson

The recent death of Michael Jackson was a tragedy.

Despite all the weirdness: drug addiction, plastic surgery addiction, potential pedophilia and whatever else the man had going on, he was a very talented performer.

END_OF_DOCUMENT_TOKEN_TO_BE_REPLACED

Just finished reading Uncle Tom’s Cabin. It is a tearjerker. Seriously.
I shed a lot of tears reading this book. It is not at all what I expected. The
characters are really deep. Not the caricatures I had been led to expect. I
would recommend this book to everyone. It is morally thought provoking. The
two main objectives of the book were to encourage people to abolish slavery
and to encourage people to practice an extremely Humanistic form of Christianity.
It is this view of Christianity and how strongly it resonated with me as an
Atheist and Humanist that really gave me a lot to think about.

END_OF_DOCUMENT_TOKEN_TO_BE_REPLACED

We Humanists tend to be abstract in our compassion.

We like the idea of compassion, but don’t usually apply our compassion to the real life humans we meet every day.

END_OF_DOCUMENT_TOKEN_TO_BE_REPLACED

My son learned some potty jokes the other day. Not exactly potty
jokes, more like potty humor. Not really potty humor, more like the contemplation
of doing gross things. He thought it was funny anyway. And yes, he did learn
it from an older kid. I am ok with this because, lets face it. Potty humor is
to be expected from little boys. In fact, I consider his adoption of this sort
of humor a type of milestone, so I was proud of him. And then, that very night,
after having spent an entire day listening to my son talk about poop and potties,
I caught a bit of Obama’s talk at the correspondent’s dinner. And…. He
told a potty joke. It was pretty funny actually. My son is in good company with
thinking poop is funny. Jokes don’t have to be in good taste to be funny. In
fact, sometimes it is the bad taste that makes the joke funny. Which is probably
why I thought Letterman’s Palin jokes were funny. Yes, they were in bad taste,
but if we are going to be honest with ourselves, we have to admit. They were
pretty funny. (Specifically the one about maintaining her porn look.)

Today is my anniversary.

I have been happily married now for 9 years.

END_OF_DOCUMENT_TOKEN_TO_BE_REPLACED

At his talk in Cairo, President Obama pointed out that, religion is not the problem, extremism is.

And that is basically true, except for one thing.

END_OF_DOCUMENT_TOKEN_TO_BE_REPLACED

A while ago, Rob Kall at Op Ed News, wrote a short piece about
the need to create 3 rules for religion, the same way Asimov wrote 3 Rules
of Robotics. As we know, no set of rules, not matter how short, can ever be
considered complete, but I did like the idea. Particularly since other societies
have recognized the fact that religion is not always benign and some forms actually
cause harm and so regulated religion to better protect their people from cults,
and to protect themselves from challenges to their authority. Anyway, here is
my take.

END_OF_DOCUMENT_TOKEN_TO_BE_REPLACED

Blame
it on Reagan

If you are looking for the seeds of the downfall that the GOP
is now experiencing, I think you have to put the blame squarely on Ronald Reagan
and the elder Bush. First, It was Reagan who gave us trickle down economics,
the upside down idea that the engine of capitalism is the capitalist, when the
reality is that the engine of capitalism is the consumer. After 30 years, we
finally figured that one out. The other problem was that Bush, at his 1988 convention,
gave floor time to Pat Robertson. For those of you who weren’t alive or old
enough to remember this, that was a huge deal. Pat was considered a right wing
religious nut. And yet, Bush Sr. gave him a prime time speaking spot and basically
invited the religious nuts of our country a prime seat in the Republican coalition.
Before that, the religious right was not considered relevant. After that, they
had a seat at the table and we had to listen to them as if they were rational,
which they are not. So, if you want to know why the GOP has its current problems
trying to sell a failed economic policy while trying to placate a base that
is clearly made up of religious nuts with a tenuous hold on reality at best:
Blame it on Reagan. 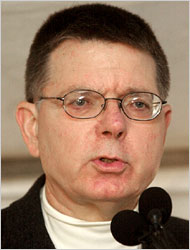 The
Evil of Religion and Politics

I am sick to my stomach right now. It sickens me that people who
incite violence by using extreme religious rhetoric for political aims are still
working hard to absolve themselves of guilt, this time for the death of Dr.
Tiller of Kansas. They condemn the act, but say the guy deserved it. If you
refuse to have a rational conversation about public policy and you resort to
inciting violence by using violent hyperbole, you have to expect irrational
violent people to feel justified by you to do evil, like murdering someone in
church. I am sick of it! People, like O’Reilly and Maulkin, and Terry Randall
need to step up and take responsibility for their own culpability in Dr. Tiller’s
death. If you care about America, you will find a way to discuss policy differences
without inciting your audience to kill people you disagree with. And people
of faith in general need to step up and figure out how to no longer give cover
to these religious nuts bent on violence in god’s name.