A lesson for the ladies

Girls – do you just want to find a guy who will be faithful to you – but you keep ending up with guys who cheat?  Well, perhaps you are fishing in the wrong pond.  Turns out that if you want a faithful partner, you need to find yourself a liberal atheist.  This study proves it.   The whole idea that religion and conservatism equate to strong family values is apparently just not true.  Liberal atheism is what leads to strong family values.  The cool part is that this also means you are looking for a guy with higher intelligence. So double plus good.

Now, keep in mind these are generalizations.  So, you may be able to find a religious conservative who will be faithful, but the odds are against it.  If you were looking for an excuse to give up your faith – this may just be it.  Just be warned, if you want to snag one of these liberal atheist guys – you need to be as well educated as they are.  The good ones generally want girls who are worthy of them and can keep up with their conversation. I speak from experience.

What am I doing with my life?

END_OF_DOCUMENT_TOKEN_TO_BE_REPLACED

2 different studies have recently come to my attention regarding the role religion plays in our lives and whether it is a good thing or a bad thing. Apparently, the more religious a society is, the less healthy it is yet, people are happiest when they have a social network that they usually get from religion.  So….. mixed results.

END_OF_DOCUMENT_TOKEN_TO_BE_REPLACED

Of Presidents and Scientists

Did you know that Charles Darwin and Abraham Lincoln were born on the same day in the same year 201 years ago?

END_OF_DOCUMENT_TOKEN_TO_BE_REPLACED 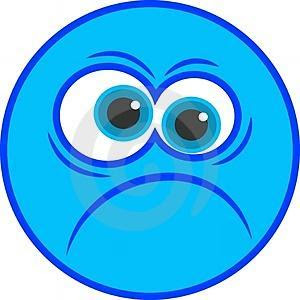 Things that are annoying me

Normally, I am pretty easy going.  But in the past few days there have been several things that have REALLY annoyed me.  And, I feel sort of petty about some of them, because, they don’t really matter all that much. But they are all REALLY annoying.  So here we go.

END_OF_DOCUMENT_TOKEN_TO_BE_REPLACED

This past week British comedian Stephen Fry came out officially as a Humanist.  He has been well known as a non-believer and a supporter of Humanism for years, but this week he officially joined the British Humanist Association as a distinguished supporter.

When asked why he said that “At a time when the achievements of the enlightenment are questioned, ridiculed, misunderstood and traduced by those who would reverse the progress of mankind, it is essential to nail one’s colours to the mast as a humanist.”

He is absolutely right.  Because we are living in a time when the ideals of Humanism are under explicit attack from close minded ideologues, we who hold Humanist values and ideals have an obligation to stand up and declare ourselves as Humanist.  If we don’t stand up for those values, who will?

To learn more about why Stephen Fry is a Humanist – click here.

Do you wake up excited every day?

Probably not – no one does.