Ok – so my son is totally Star Wars obsessed.  All he wants to watch is Star Wars.  He wants Star Wars legos – which are for kids 3 – 5 years older then he is (he is 2 ½) and he wants all his friends to come over and play with his Star Wars lego toys.  He has it bad.  Until this past week.

On Monday, he started to hid under his covers.  This was annoying because his blanket is a bit heavy and he would get sweaty and as his mom, I was concerned about how much oxygen he was getting.  He said he was hiding from his friend, the owl.  Ok, not sure why you need to hide from your friend, but he did.
After 2 days of this, I gave up trying to keep his head out and gave him a knit blanket his cousin made for him.  At least he would be able to breath – and he can now hide to his heart’s content.
Anyway, he keeps talking about his owl friend, who is apparently named, Crunchy.  Whom he also wants to feed, put on his shoulder and pet.  Hmmmm.  And he needs to hide, etc.  I got him a nightlight.  It changes colors and is pretty cool. Nope, he still wants to hide.

Now, you need to keep in mind, he isn’t acting scared, though he says he is afraid. It is more that he seems to like the idea of being scared.  He one time woke up in the middle of the night and called for me – casually.  No hysterics.  When I went to his room, he told me calmly he had had a bad dream and that someone had died.  He didn’t cry, he wouldn’t answer questions.  He just told me this, cuddled up again and went back to sleep. 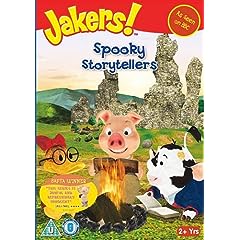 At least we had a name to go with his friend the owl. I think he wants to hide and pretend to be scared because of a Jaker’s episode he watched where they formed a spooky story club.  Zane wants me to tell him spooky stories now.  He seems to think they are fun.  I think this is where this whole, hide and pretend to be scared thing is coming from.  The owl is definitely from Thomas the Tank Engine.  His Grandma Joanie Pony gave him a Thomas video that includes a song called “Boo Boo Choo Choo.”  It talks about not being afraid of the dark.  It’s easily explained you see why things go bump in the dark.  Anyway, part of the song reminds you to listen to the wise old owl and my son has referenced this in relationship to his friend the wise old owl.

We decided to let our newly owl obsessed boy watch Harry Potter – the first movie – as it has a lot of owls in the beginning of the movie.  He loved it!  Kept talking about how the owls were going to rescue him and Harry Potter.  Keep in mind he had never seen the movie before.  He thought the movie was really funny and scary in a good creepy way.

When we went to the supermarket yesterday, I found a stuffed owl doll in the children’s aisle.  He was so excited.  CRUNCHY!  It is a brown owl.  He still kind of wants a white owl like Harry.  Nonetheless, he showed Crunchy our entire house.  His bedroom, all the lego toys so they can play with them together, the kitchen, living room, his bathroom, tub where he takes his bath, all his bath toys and Crunchy even got a look inside the potty.  That is where poo poo goes don’t you know.

Last night, he was so talkative.  He was just a chatty little boy.  I left him in his room with Crunchy and he talked to his friend for quite a while before settling down. Today, when I was talking to him about our upcoming trip – we are going to spend a week on a canal boat on the Erie Canal, he asked if Crunchy would have his own life preserver.  Yikes.  I got him a little keychain float thing we will be attaching to the owls leg.

On the plus side, my son is no longer t-shirt obsessed.  He had been hording 5 or 6 t-shirts at a time.  He would get them out of the hamper, and then he started to open my dressers to get to his favorites.  It was cute, but annoying that I never seemed to have clean t-shirts because he had them hidden around his room.  Now, he is content to just sleep with one.  One t-shirt and Crunchy is all he needs!

Ok – now for the funny part. Last night was his first night sleeping with Crunchy.  He did great – showed Crunchy the nightlight and hid with him under his blanket.  But, he woke up around 5 am.  He normally gets up around 7 – so this was early.  He woke up crying, which is very unusual for him.  But, he settled quickly, then a few minutes later, asked for me.  Again, he wasn’t panicked or upset.  He just couldn’t find Crunchy.  After about an hour of him trying every trick in the book to be allowed to stay awake (asking for ice water, going to the potty (but not actually going), asking for a cuddle, etc) he finally went back to sleep.  I went to sleep too, until I was awaken up by the hooting of an owl.  I kid you not.  We had an owl somewhere in our neighborhood. Now I am wondering if that is why my son because obsessed with hiding from the owl.