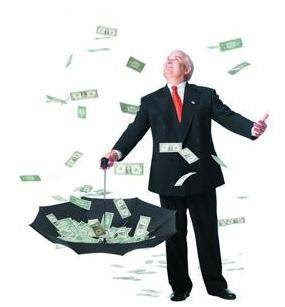 Regulations are good for business.
Seriously – they are.

I know pro-business types like to claim that regulations are harming businesses and preventing them from competing in the market place.  They are wrong.  Dangerously wrong.  Most common sense regulations actually help businesses while protecting consumers and the environment. Seriously – they do.

For instance, good regulations help ensure public safety, guarantee an even playing field for all business competitors and … here’s the best part … act as a barrier to entry for any new competitors to an industry.  What’s not to like!  Really.  When I was working in big business part of my job was to participate in our industry association.  My job was to encourage the industry association to promote more regulation of our industry.  We wanted to make it as hard as possible for other people to compete with us.  Regulations do exactly that. They are also beneficial to our consumers and the environment. This is what is known as a win-win-win scenario.  An additional benefit is that your entire industry won’t get branded with a horrible reputation because one stupid idiot who wanted to get ahead by cheating single handedly creates a mega-disaster. Businesses and industries benefit from regulation! Really, they do.

The only people who don’t like regulations are those who are prone to lie, cheat, steal and be generally unethical in their business dealings.  They don’t want regulations because they want to cut corners, and do things they shouldn’t be doing in order to gain a competitive edge against their more ethical competitors. Look around.  The businessmen crying the most about how regulations hurt them are the very ones who are doing things that harm others and who are causing all the problems. At this point I really believe that if a businessman is lobbying against regulation, they should be investigated because the likelihood is they are already doing something illegal and can’t be trusted.

Example: The mine in West Virginia.  The owner is staunchly anti-regulation.  But regulations not only would have saved his employees lives, it would have also saved his mine. He didn’t care about that.  He just wanted to extract coal at a price less then his competitors, damn the consequences. Why his competitors didn’t insist on regulations to rein this guy in and make him play fair I have no idea.

Another example is the latest oil spill.  Turns out there is a shut off valve that could have prevented it if it had been installed.  Brasil requires all their oilrigs to have them, America does not.  It turns out our oilrig safety system is voluntary.  And, BP voluntarily decided not to install this emergency shut off valve and put the economies and environment of several states at risk.  We were just supposed to trust them to do the right thing. We should not be surprised that they didn’t. Again – why their competitors didn’t insist on regulations to make them play fair, protect the environment and to raise the cost of competition is beyond me.

What bugs me the most is that we the people have been complicit in this charade.  We have allowed a small minority of business people (largely the unethical ones and the sycophants who follow them) to convince a large majority of the American people that regulations are bad for business and therefore bad for the economy.  The reality is that regulations are good for business, good for consumers and good for the environment.