Why the words we choose really do matter. And why harmless teasing is rarely harmless. 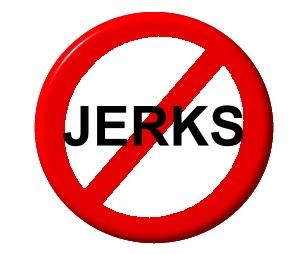 Suddenly, I find that I’m a rabid feminist.  I didn’t mean to be. I’m actually a Humanist and I really like men. Most men anyway. My husband for sure.

Anyway, a fellow Humanist who will remain nameless because this isn’t about him, called a female politician a cunt who should suck his dick because he was mad she had made a racist comment. I have been banned from this man’s page for pointing out how incredibly rude and sexist his comment was. I’m ok with that. I actually normally like his blog so I was a bit shocked when he banned me over this but if he isn’t ethical enough to admit he made a mistake, and apologize and move on, then so be it. That’s his problem.

END_OF_DOCUMENT_TOKEN_TO_BE_REPLACED

Religious militias are once again a problem. This time a small
tight knit group came up with the stupendously stupid idea to kill a police
officer as a way to get lots of other officers together at a funeral so they
could kill lots of police at one go. What is stunning isn’t that some insane
person came up with such a boneheaded idea. What is stunning is that none of
his friends said – hey – maybe that isn’t such a good idea. Doubt and skepticism
are Humanist virtues for a reason. They keep us out of trouble.