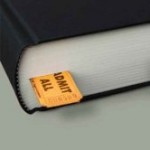 Books you should read

Everyday Humanism
By  Dale McGowan. Everyday Humanism seeks to move the discussion of humanism’s positive contributions to life away from the macro-level to focus on the everyday.

END_OF_DOCUMENT_TOKEN_TO_BE_REPLACED

A statement by the great Humanist Corliss Lamont on the main principles of the Humanist philosophy.

Taken from his essay: The Affirmative Ethics of Humanism – http://www.corliss-lamont.org/ethics.htm

There is much that can be said about Humanist ethics. But here are eleven main and succinct points proposed for your consideration.

END_OF_DOCUMENT_TOKEN_TO_BE_REPLACED

Humanism rejects all forms of supernaturalism.  Here’s Why

With all due respect to Stephen Law, who in a recent article argued that naturalism should not be a pre-requisite for Humanism and that atheism was sufficient. http://stephenlaw.blogspot.com/2014/09/secular-humanism-dont-define-it-as.html  I disagree. Law made this argument apparently because there are lots of people who don’t reject supernaturalism but who are atheists and these people should feel welcome under the Humanist tent.  I disagree.

And it’s not because I’m a strident atheist.  It’s just that rejection of theism isn’t enough.  There is a reason why most Humanists reject all forms of supernaturalism.

END_OF_DOCUMENT_TOKEN_TO_BE_REPLACED

Happiness and Wellbeing at Work

Why Humanist managers are concerned with happiness and wellbeing in the workplace.

The Humanist Management Network along with the Centre for Research in Employment, Skills & Society (CRESS) at Kingston Business School, UK held a conference recently on Happiness and Wellbeing at work.