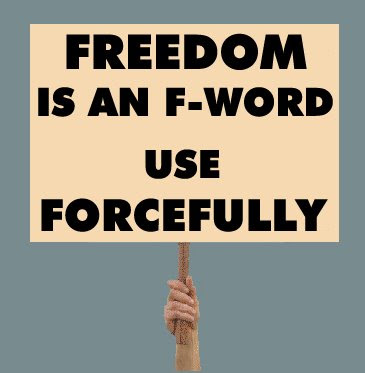 Here’s why.  When Cheney used the f-word he did so in a derogatory way.  He was mad and was telling someone to f-off.  In other words, his use of the word was not very nice.  The word was directed at a person, it was used in its most sexually explicit meaning and it was uttered specifically to insult the person targeted.

Biden on the other hand used the word to describe a situation, not a person.  He did not imply anything sexual by using the word.  And most importantly, he used the word in its positive connotation. He wasn’t trying to be mean by using the word; he was using it to tell a friend how awesome he thought something he accomplished was.

Biden’s use of the word was very different from Cheney’s. Cheney used the word as an insult and Biden used it as a compliment. Which led me to think of other rather inappropriate things Biden has said over the years.  For instance he does occasionally say some sexist things in a dinosaur sort of way.  But one gets the sense he is genuinely trying to be complimentary when he does so and so we forgive him.  Cheney on the other hand has been known to make terrible jokes about women he doesn’t like specifically to denigrate them.  Again both men have said sexist things.  But one is trying to be nice when he says them and the other is just being mean.

So, are liberals using a double standard when we think Biden is funny when he slips up and we think Cheney is a jerk when he says similarly off color things?  No, I don’t think so.  Biden simply hasn’t used those off color word choices to say something mean to someone or about someone the same way Cheney has and does.

It isn’t the words chosen that makes something offensive.  It is the intent behind them that really matters.  We simply don’t like mean people.